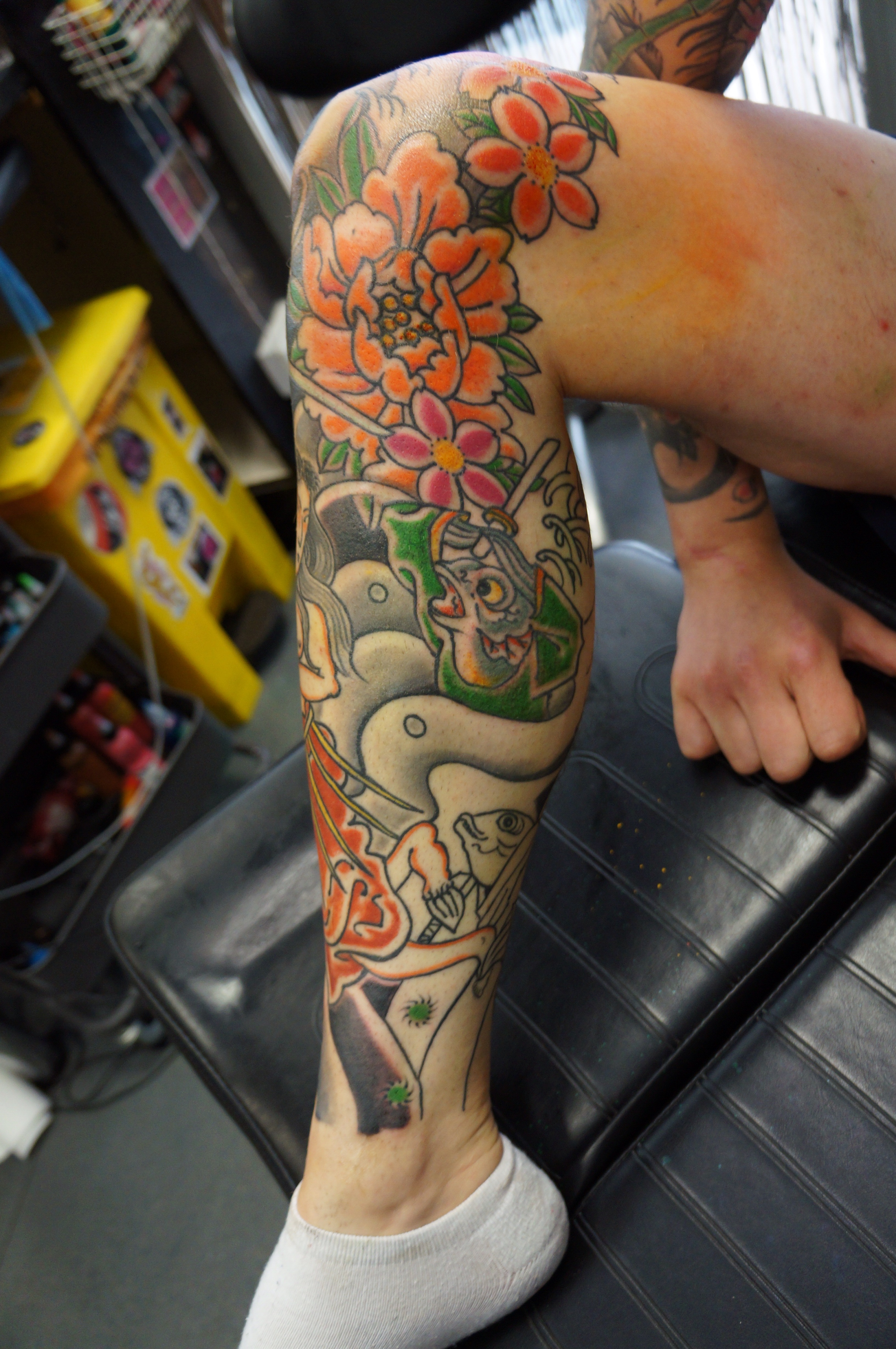 This one was done in no time , a full day sitting midway helped it along,
This was joining up two existing sleeves I made before the 1st one going back around four years

Been looking forward to starting this one the drawings been hanging up In the shop for a few months , here it is, one sitting down
We tattooed from 11-6pm with only a short break , a lot more to come on this 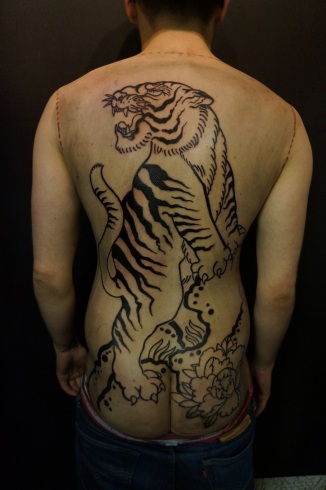 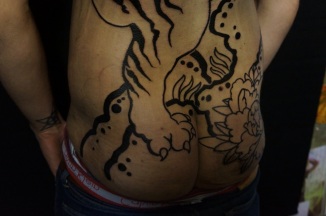 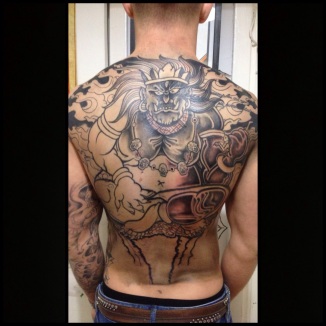 Putting some colour into this Raijin thundergod sleeve ,

And the monkey god Hanuman got finished off 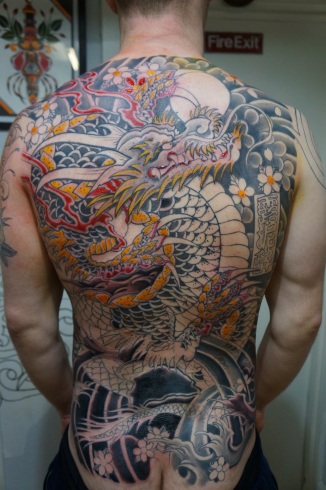 More grunt work on this huge dragon back-piece starting to take shape now ,and the ends in sight ,looking forward to seeing all this filled in

This is the scale drawing photo I sent to the customer for his back, a better fit on him I think 😉

This leg sleeve has been getting some hours in recently it features koi fish water, Lower leg
and geisha / crane on the upper
a nine tailed fox to follow in the next session on the rear thigh and bum cheek 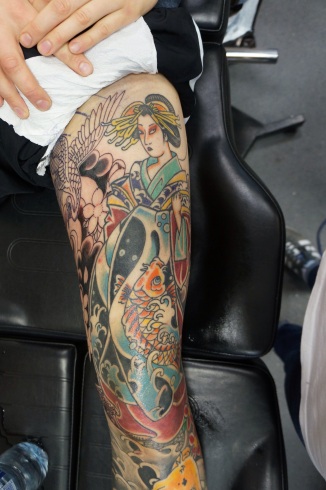 Finished off this Japanese style sleeve this week , koi at the bottom
Dragon koi at the top 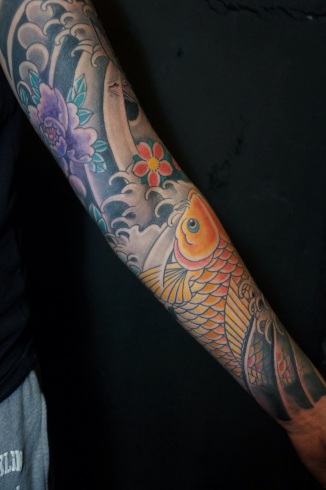 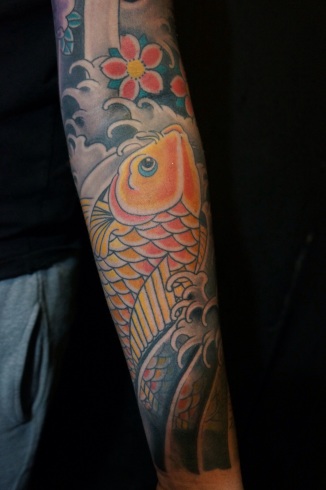 One particular legend is the koi fish’s claim to fame. An ancient tale tells of a huge school of golden koi swimming upstream the Yellow River in China. Gaining strength by fighting against the current, the school glimmered as they swam together through the river. When they reached a waterfall at the end of the river, many of the koi turned back, letting the flow of the river carry them away.

The remaining koi refused to give up. Leaping from the depths of the river, they attempted to reach the top of the waterfall to no avail. Their efforts caught the attention of local demons, who mocked their efforts and heightened the waterfall out of malice. After a hundred years of jumping, one koi finally reached the top of the waterfall. The gods recognized the koi for its perseverance and determination and turned it into a dragon, the image of power and strength.