Below is Kuniyoshi’s Ariōmaru Kills a Giant Octopus, circa 1833-1835. In Japanese medieval military chronicles Ariō was a servant of Priest Shunkan who gave particularly loyal service during Shunkan’s banishment and death on Kikai island. The inscription in the top right of the picture tells how Ariō killed a giant octopus during his journey to Kikai island to join his master. 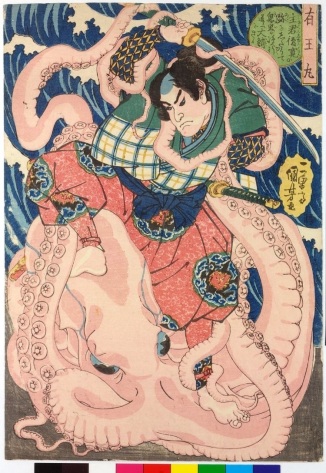