straight of a flight from Canada a quick shower and then another full day sitting on this ,hardcore dedication to the bodysuit tattoo

Enjoying this one , check previous post for full info on the theme here

The mental and financial strains  of the body suit are a true measure of your dedication ,

these days with tattoos being more common and visible ,work on this scale is the next step in maintaining the mystique and awe that tattoos can  possess.

hardcore tattooing on this customer in two years he has completed one arm and two leg sleeves , here we progress to the back 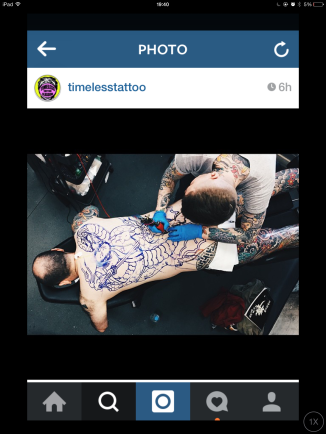 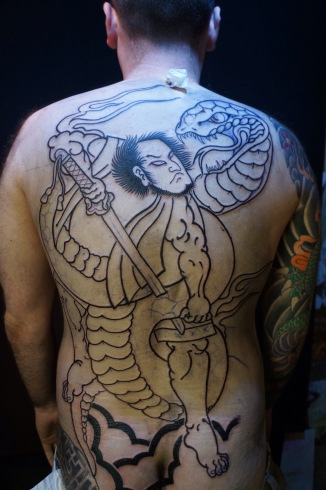 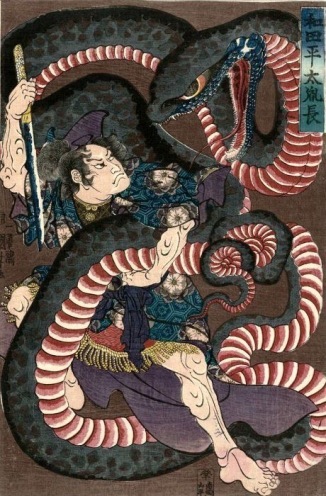 Been putting this foo dog on Duncan’s ribs ,large scale work here and tough sittings to lay in the colour , added this little turtle of longevity (minogame) on the lower with another to follow just above the knee , ﻿ 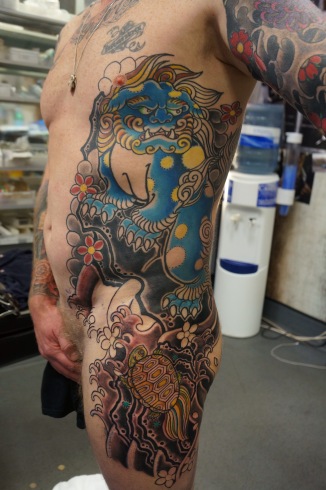 ﻿In Japan, the turtle has developed a more independent tradition than the other three prominent beasts of China. The minogame (蓑亀?), which is so old it has a train of seaweed growing on its back, is a symbol of longevity and felicity. A minogame has an important role in the well-known legend of Urashima Tarō.

According to traditional Japanese beliefs, the tortoise is a haven for immortals and the world mountain, and symbolizes longevity, good luck, and support. It is the symbol of Kumpira, the god of seafaring people.[7] 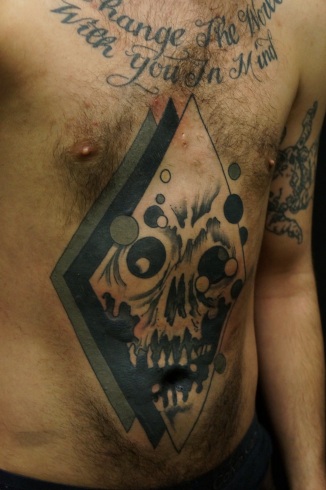 This dissolution front piece was made in one painfull 3 and a half hour sitting , this 15 minute sitting was for some small touch ups and to black the belly button in
Looking good and healed up well

Some progress shots on this intricate Japanese sleeve ,custom made in Glasgow 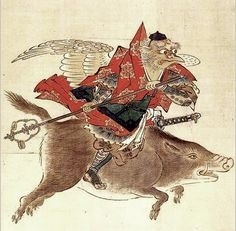 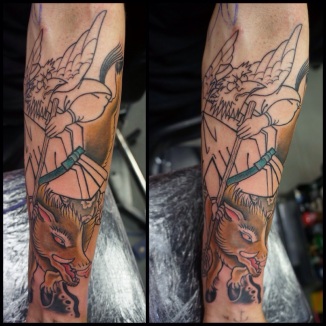 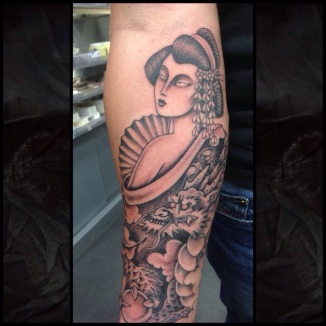 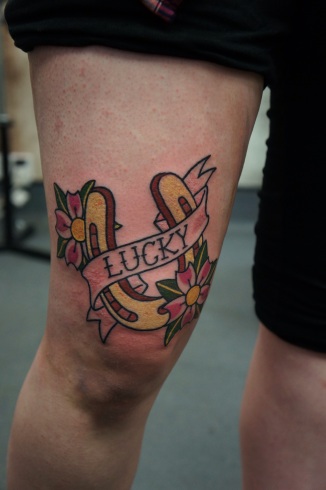 This design was explored in paper paint and print before it made it to skin , here it is , completed in 3 and a half hours

Inside i pasted it up for some photos 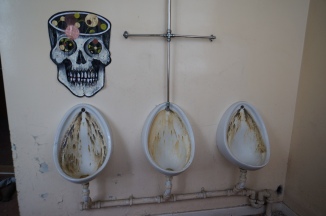 And here it is , hopefully the weather protection I applied to it helps it stay there

I was a bit underwhelmed by the impact due to size , while making it it seemed large in the house .
I think next time the scale will be much larger
Thanks for reading

I had fun painting up this dissolution design onto a Glasgow wall my 1st attempt , I wNted to try something different to see if it worked out of paper and skin

Here’s the third tattoo in the dissolution theme I’ve been working on.
A genie coming from a lamp was given to a long time customer and friend, again he had no say in the design but was happy to go ahead when I showed him the sketches. 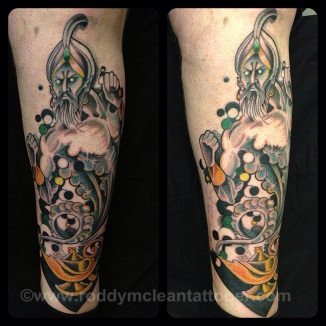 One of the tattoosin this style has been given away each month until December
Thank you for all the applications and interest
There are no more free Tattoos left ,;) 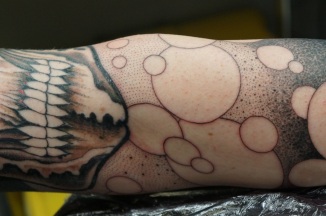